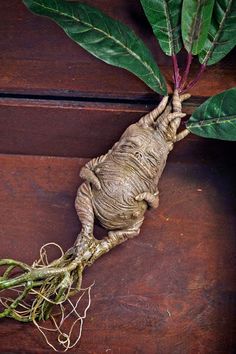 The mandrake, according to legend, was molded out of the same clay as that from which Adam was created. It was the Devil’s favorite plant. As such it was associated with underground demons and other supernatural powers, and highly regarded as the roots were for their magical properties, their unearthing was considered to be perilous and necessitated a magical procedure. 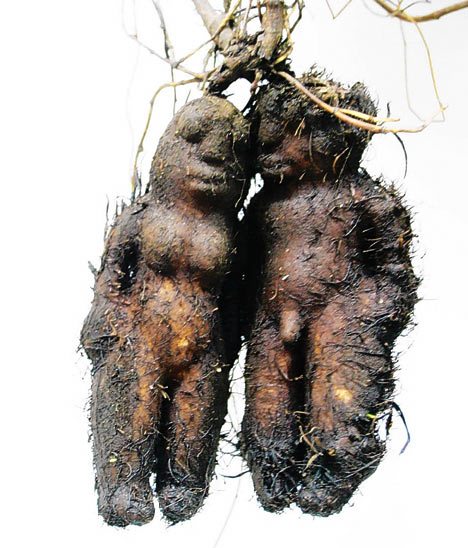 The aphrodisiac properties of the mandrake are referred to in Genesis when Reuben, finding sweet yellow berries, each about the size of a small plum, took to his mother, Leah. Her sister, Rachel, upon seeing the fruit, said: “Give me, I pray thee, of thy son’s mandrakes”. After some bartering, Leah complied with Rachel’s request, with the gratifying result that the hitherto barren woman conceived and bore Joseph.

Although the aphrodisiac and the narcotic effects of mandrake were known in Ancient Egypt, the origin of the superstition surrounding the herb belongs to the Early Greeks.

As the magical and medicinal plant of the rural people in the Medieval Europe, it was marked Satanic by the Church. Many strange superstitions have gathered round mandrake. One cannot but marvel at the stories about the plant that were going around in the old days. For example, the story about the witch flying on her broomstick gets a whole new meaning when you trace it back to its origins. It was used by the witches in their ceremonious rituals of night traveling. The “witches” would make a magic flying ointment that contained the Mandrake plant, and they would rub it on the broomstick before using it to masturbate. The hallucinogenic substances of Mandrake would enter the body and cause one to experience astral travel.