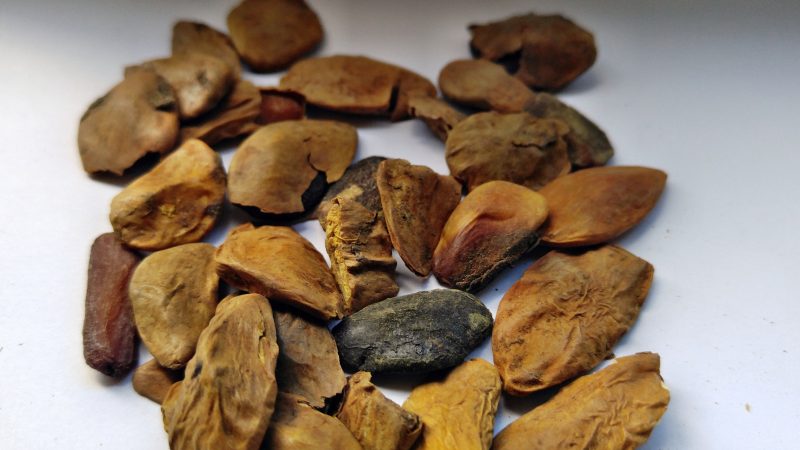 Akuamma Seeds an alternative to Kratom?

Akuamma seeds are a great choice for natural pain management. In comparison to kratom, Akuamma seeds provide similar pain relief without the euphoria or withdraws you will experience with kratom. Some users say Akuamma has exhibited some effects similar to Tylenol 3 with Codeine. Akuammine is the most abundant active alkaloid found in the seeds from the tree Picralima nitida, commonly known as Akuamma. It is an opiate, but its action is principally on the kappa opioid receptor, as such it is not a plant that gives you direct spiritual experience in the way that opium or morphine does. But it heals and is useful as a means of healing as such it is worthwhile including it because it indirectly helps spiritual experience in the suppression category by relieving pain and illness.

The dried seeds from this plant are used in traditional medicine throughout West Africa, particularly in Ghana as well as in the Ivory Coast and Nigeria. The seeds are crushed or powdered and taken orally.

In traditional African medicine, Picralima nitida seeds are used for the treatment of malaria and diarrhoea. It is used as a painkiller and for its antipyretic, anti-diabetic and anti-inflammatory effects

Extracts of the seeds of Picralima nitida (fam. Apocynaceae) have been reported to have opioid analgesic activity. In this investigation, isolated tissue bioassays and radioligandbinding assays have been used to determine the opioid activity of five alkaloids—akuammidine, akuammine, akuammicine, akuammigine and pseudoakuammigine—extracted from the seeds of P. nitida. Akuammidine showed a preference for μ-opioid binding sites with Ki values of 0.6, 2.4 and 8.6 μM at μ-, δ– and κ-opioid binding sites, respectively. The agonist actions of akuammidine in the mouse-isolated vas deferens were antagonised by naloxone and the μ-opioid receptor selective antagonist d-Phe–Cys–Tyr–d-Trp–Orn–Thr–Pen–Thr–NH2 (CTOP) confirming an action at μ-opioid receptors. In contrast, akuammine also showed highest affinity for μ-opioid binding sites (Ki 0.5 μM) but was an antagonist at μ-opioid receptors with a pKB of 5.7 against the selective μ-opioid receptor agonist [d-Ala2,MePhe4,Gly-ol5]enkephalin (DAMGO).

The uses of Akuamma include the following:

Previous article
Rapé Guide
Next article
WHAT IS THE MUNAY-KI?