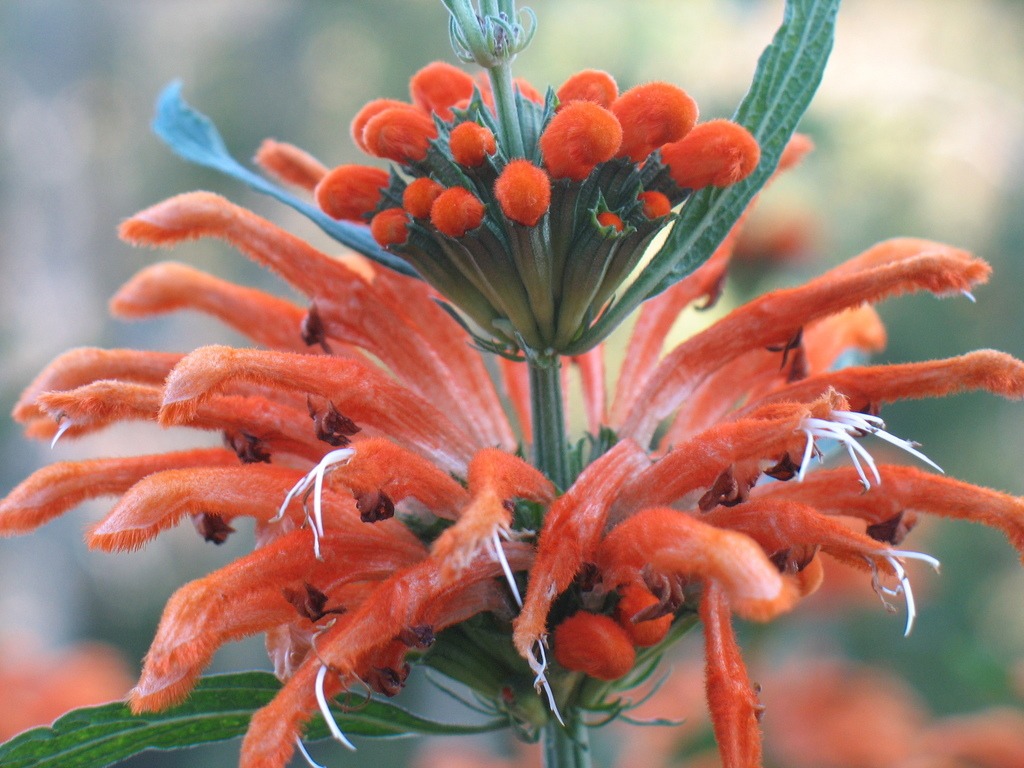 Ethnobotany is the scientific term for the study of how people utilize plants. It presents a new gateway to understanding when you learn the role of a plant in cultures both old or advanced all around the world. And one of the great surprises in this field is Wild Dagga. On that note, here are the benefits we can gain from this African traditional medicine!

Wild Dagga (Leonotis leonurus) is also identified as “Wild Cannabis” or “Lions Tail”, is a huge broadleaf evergreen shrub relating to the mint family (Lamiaceae), native to South Africa. It is called Umfincafincane in Nguni, and it can reach heights of 2-3m and a 1.5 width. They are commonly found along the eastern coast from Cape Province to Natal where the Zulu and other groups have used it as an age-old medicinal.

Wild Dagga is primarily used to induce a state of relaxation and relieve symptoms of epilepsy. The main active alkaloid in the herb is Leonurine has mild psychoactive properties that help calm the user and can either be smoked or taken as tea. The flowers and leaves of Wild Dagga can also be brewed to make a relaxing, calming tea to relieve anxiety or to prepare the user for sleep.

Other benefits of Wild Dagga are:

The extract of wild dagga can also be made into tea. When consumed, this liquid can sometimes relieve the symptoms associated with the common cold or influenza. It may help contain coughs, reduce fevers, and relieve muscle aches, among other things.

This minty tea may also be beneficial in treating severe breathing disorders. For instance, it could be given to someone suffering from bronchitis to help clear air passages. Asthma patients may need to drink this brew regularly to keep attacks from transpiring. It is not known whether or not this herb is helpful when administered during an actual asthma attack.

Wild dagga may also have anti-inflammatory properties, which could tell why it is considered to benefit arthritis sufferers. It is also believed to soothe muscle spasms. Users might want to make a dressing and apply it to the afflicted section whenever they notice pain or inflammation of the muscles or joints.

In addition to being utilized as a tea or tonic, wild dagga is sometimes dried and smoked. When used in this way, it is sometimes said to be a substitute for marijuana. Like that drug, this herb is also thought to give its users a sense of euphoria and calmness. It is legal to use this substance in many areas, including the U.S.

Wild Dagga has medicinal and psychoactive advantages, which are comparable to cannabis (although more moderate). It has been used traditionally as a decoction, both topically and orally, and in the treatment of an extensive variety of maladies. However, it requires more investigations and researches to be conducted to further validate the effectiveness of this herb in treating any illnesses or conditions. For this reason, people who prefer this alternative remedy should do so with caution and should consult a health care specialist before starting it as a treatment for any illness.

Previous article
The Mystic Healer : A Brief Rundown About Shamanism
Next article
The Sacred Flower Of The Nile: Gift Of The Blue Lotus