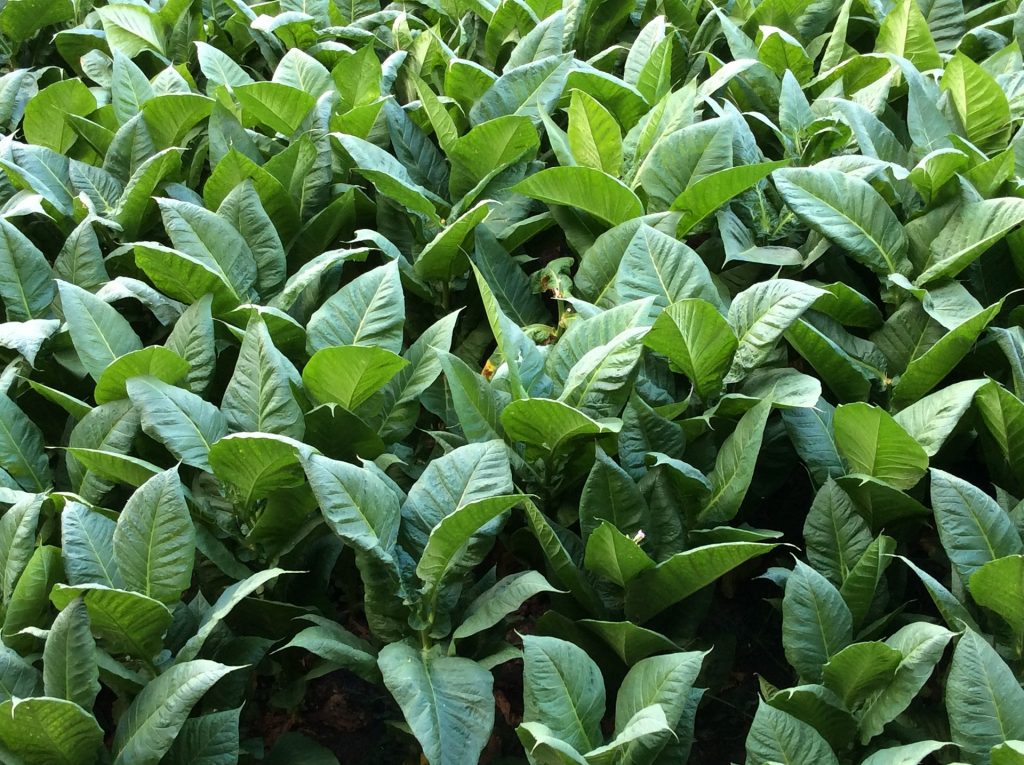 The following article is a guest post by author Travis Bodick of SoulRemedy.org.  Psychedelic Times does not recommend that people experiment with insufflating plant matter on their own, which could be dangerous.  Please seek out an experienced rapé practitioner if you are interested in working with these plant medicines.

Tobacco is a very misunderstood plant in our culture.  Many people associate it with addiction and death, and considering it is one of the top killers in some countries, this is understandable.  But for thousands of years, tribal societies have worked with tobacco as medicine and have considered it to be one of the earth’s greatest healing plants: while there was some danger associated with it, in most cases tobacco was revered as powerful medicine.  There were (and are) tobacco shamans who would ingest huge amounts of the plant on a regular basis without getting sick, and using the tobacco these healers could cure illnesses of many different kinds.

There are no doubt many different reasons for these divergent perspectives on tobacco, but my understanding is that the main defining factors are intention and respect.  Tobacco is considered an amplifier of intention, prayers and thoughts, so when you ask the plant for medicine and protection, that is what gets amplified.  If you are smoking angrily and habitually to relieve frustration and desire, that amplifies something else.  This being said, I want to suggest that anyone who feels called to work with tobacco be mindful of how they use it.  It is a very powerful plant capable of great wonder and miracles, as well as great destruction.

There are many ways to work with tobacco, but I want to focus on one tobacco tradition that is very close to my heart.  Rapé is the name of a dried and powdered tobacco snuff that comes from the Amazon, where it is used as a powerful and beautiful healing medicine.  It is pronounced “ra-pé” in Spanish or more commonly “ha-pé” in Portuguese (the snuff is found in both Spanish and Portuguese speaking countries, but is most popular in Brazil.)  It also has many other names in other indigenous tongues from the Amazon region.  I prefer the spelling rappé with an extra “p” because some people misread the word rapé and confuse it for something else (traditionally, it is spelled with only one “p.”)

Rappé is a dried and powdered snuff which is usually blown into the nose through a blow pipe.  You can use a special blowpipe for serving yourself called a kuripe, but most often a larger blowpipe called a tepi is used to serve a partner.  The main ingredients of the snuff are usually tobacco and tree ash, but often times other seeds, leaves and plants may be added for additional properties or even just for aroma.  Sometimes rappé can be made without the tobacco and tree ash, but this is uncommon – generally the first ingredient is always the cured jungle tobacco mapacho.  This species of tobacco (Nicotiana Rustica) is different than common tobacco found in cigarettes – it is often 8-20 times stronger, and is processed with zero additives and with lots of prayer and intention.  Ashes from sacred trees are also added to the snuff as an alkalizer which balances the tobacco, and then in personal recipes people may add whatever plants they want to get specific desired effects.  Seeds like yopo or wilka may be added to increase the visionary properties of the snuff, or flowers might be added to instill a more feminine and nurturing energy.  The snuff is made during a lengthy and intensive ritual process to invoke the maker’s medicine and the spirits of the plants used.

There are many reasons one might wish to work with rappé and there are many ways of working with it as well.  Because so many different cultures in the Amazon region use rappé, a number of different traditions and practices have revolved around its use.  The benefits of rappé use range from physical and psychological to energetic and spiritual.  Rappé clears and focuses the mind and thoughts, centers and grounds your energy, opens up your physical and spiritual senses and awareness, cleanses and purifies your body and energetic fields, connects you to your spirit allies and other medicines, and much more.  It can be used in almost any situation where a ceremony might be called for, and can function or pair well with many other rituals or medicines.  Traditionally it is used either as its own ceremony or within other ceremonies (such as Ayahuasca or kambo ceremonies.)  It is also used for hunting, before warfare, and even for recreation.  Sometimes you mostly feel energetic and physical sensations from the rappé, but other times it can produce visionary experiences despite not being a classically visionary medicine.  It is also possible to do different styles of journey work using the rappé as an aid to facilitate communication with your spirit guides and allies for healing or guidance.

To work with rappé, you will want to get some quality product.  These days there are a number of online shops selling tribal rappés gathered in the Amazon, so luckily those of us not living in South America can still have access to this medicine.  It is also possible to make your own rappé by drying, powdering and mixing the plants you want to use.  You will probably also want a blowpipe for serving the rappé.  While the medicine can be snuffed directly off of your hand or a small scooping device, the pipes really add a nice dimension to the ceremony and also get the snuff further into your nose where it absorbs better.

You can get a more profound effect from the rappé by using it in an intentional and ceremonial manner.  There are many ways to do this, as each culture using the medicine has developed its own rituals.  I will share my method of working with rappé and the symbolism behind it.  You may wish to begin by opening sacred space with your usual style of opening ceremony.  It is also nice to take a little time to pray and think about your intentions, and if you feel called, to sing a medicine song or play a little ceremonial music.  When you are ready, you can put a single serving of rappé into your hand (for beginners, this might be a pea sized amount, which will serve both nostrils.)  You can use less or more depending on your experience level and your intention: someone with more experience or who needs deep cleansing or healing might do a much larger amount.