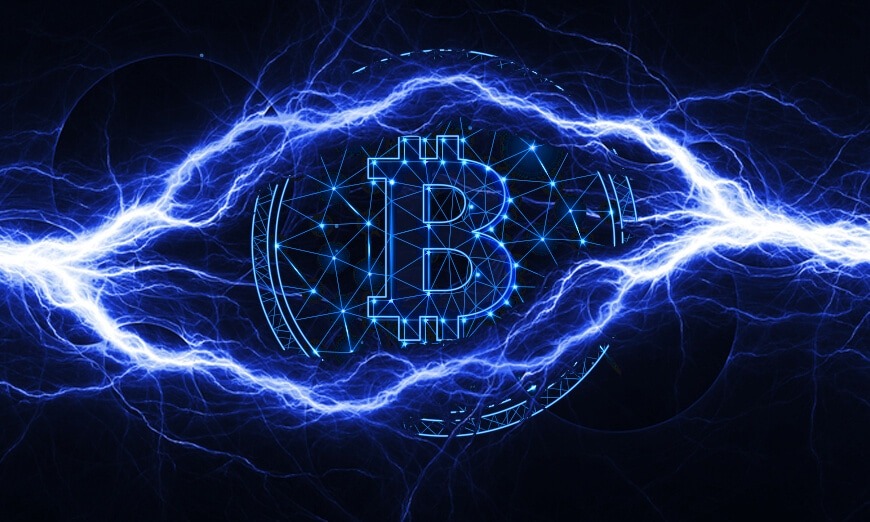 We know that Bitcoin is the hottest cryptocurrency out there and in fact, it is acknowledged as the grandfather of cryptocurrencies. And last September 2021, El Salvador have embraced Bitcoin as a legal tender alongside the US dollars. However, one of the reasons why Bitcoin hasn’t taken off as a payment solution as yet is because of its high transaction fees and sluggish throughput. It can only manage a mere 7 transactions per second as compared to a Visa card which is at about 65,000 transactions per second. The fuss people always have of Bitcoin is that its slow and expensive transactions make it difficult for day-to-day small purchases like buying groceries. So some investors flock to altcoins because they think it’s a lot faster and cheaper. However, a new development called the lightning network permits Bitcoin transactions to be processed off-chain, giving it quickness and cheap transaction times against all these altcoins contenders. Bitcoin’s Lightning Network is a second-layer technology that’s built on top of the network. It uses micropayment to scale Bitcoin’s capability.

This could potentially make Bitcoin the greatest investment because it has the brand name recognition of being the first cryptocurrency while at the same time having the practicality and usability of all these altcoin rivals. Plus, it uses less electricity by processing things off-chain. It decreases the massive amount of work that’s needed under a proof-of-work system. This new improvement should pacify anti-bitcoin critics.

The Bitcoin lightning network is an exceptional kind of Layer 2 solution. The way that layer 2 works are the transactions are processed off the central blockchain. They’re aggregated together as a group and then brought all at once to Layer 1. To do this, the lightning network sets up what’s called the channels. You can think of channels with the analogy of a bar tab. When you walk into a bar and order a drink, the bartender might not charge your credit card right away. You order some beers and he keeps a tab of how many beers you owe. Then at the end, he’ll close you out and that’s the example of putting it all on the layer 1 blockchain.

If you process everything off-chain without collateral then you’ve turned it into a system of debt which is the very problem that Bitcoin was developed to solve. Think about it, US dollars or fractional reserve bank notes are created when the customer borrows money. So to dodge being a fractional reserve bank, the lightning network demands that the customer deposit collateral into a multi-signature wallet. Now you can think of a multi-signature wallet with the example of a safe. This is keeping the customers’ collateral stopping them from pulling it out but keeping a tally of how much of the money is owned by the customer versus the bartender. Transactions can only be done if both parties agree or sign in using their private cryptographic secret key. This is why it’s called a multi-signature wallet. Both parties have to agree on all transactions leaving this safe.

So for instance, if Jay has a payment channel with Bob already and Bob has one with the bartender then Jay can buy a beer through Bob’s existing channel. Each channel that is set up boosts the connection possibilities of the network and the network tries to process the transaction through the fastest route possible just like real lightning. The more channels that there are and the more adoption that there is, the cheaper and more efficient the lightning network becomes. So it’s the contrary of the traditional Bitcoin network which has scaling problems as it expands. By having a system that allows for quick and easy micropayments, anything could be happening in continuous real-time. This makes the dream of having Bitcoin be an actual real-world currency that everyone is using to be possible.

Bitcoin Layer 1 is all about security and it optimizes for decentralization. No one controls it and no one can change the monetary policy. It is the most decentralized, most powerful computer network in the world. But because it’s optimizing for security, it makes a direct trade-off with things around throughput and fees. So at times, the Bitcoin network can be slow or it can have higher fees. Bitcoins Layer 2 is about usability and this is where the Bitcoin lightning network comes in. With this new technology, you can send Bitcoin to anyone in the world instantaneously and completely for free. It provides high throughput and low fees. When you combine the two Bitcoin layers, you can get a highly secured monetary system and asset along with the usability promises of a decentralized digital currency. Now you can whip any amount of economic value from fractions of a penny all the way up to millions of dollars around the world at any time without asking permission.

Previous article
Welcome To The Jungle: Top Rainforests In The World
Next article
Syrian Rue: Things You Need To Know About Peganum Harmala
Leave a Reply